I would like to introduce you to Caladesi Island State Park. It is a place of natural beauty and tranquility. It is located just off the coast of Florida, in the Tampa Bay area. In recognition of its natural beauty, several organizations have named Caladesi Island one of the best beaches in the United States.

In 2004, it was named America’s Best Beach by Dr. Beach. Every year, Dr. Beach releases a list of the best beaches in America. The honor is based on 50 criteria, including sand softness, water temperature, wave activity, and the beach facilities. In 2008 it was accoladed as the #3 beach in the country by USA Today.

Caladesi Island State Park – Everything You Need to Know

In recent years, Caladesi has also been recognized for its environmental efforts. The island was named a top destination by National Geographic and was also designated as a “Wildlife Sanctuary” by the Audubon Society. The Audubon Society is a well-known organization dedicated to conserving wild animals and their habitats.

As recognition for its efforts to protect the environment, Caladesi Island was also given the “Florida Green Award” by the Florida Department of Environmental Protection. The Florida Green Award was created to encourage businesses and organizations to adopt practices that would help protect and preserve the state’s natural resources.

To be eligible for the award, companies must implement green practices in areas such as energy efficiency, waste reduction, and water conservation. In addition, businesses must also demonstrate a commitment to educating their employees and customers about environmental issues. 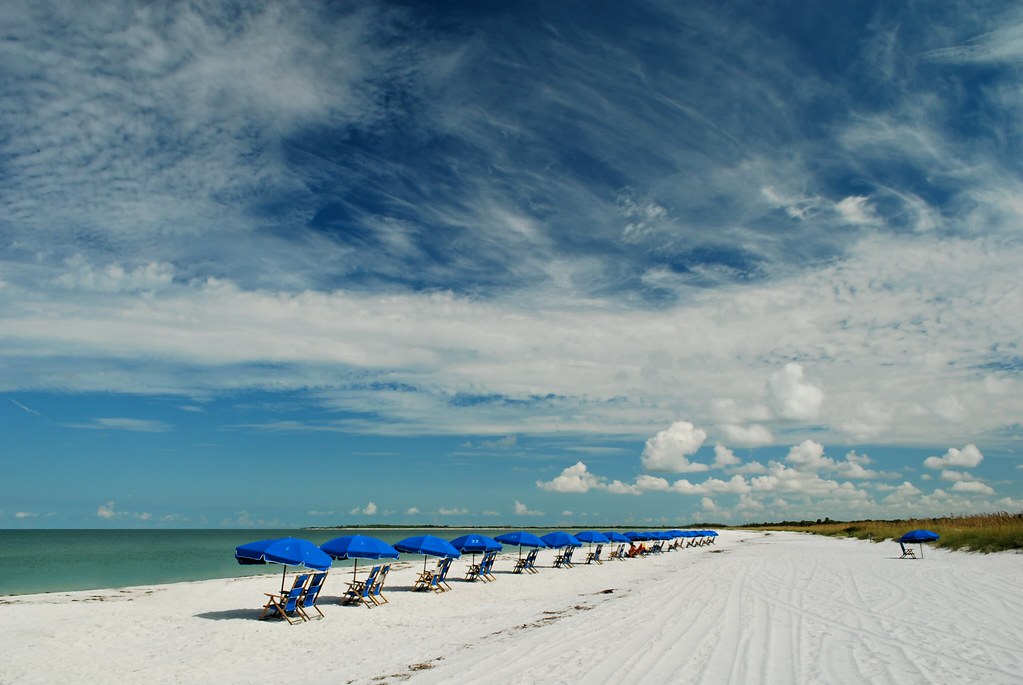 Where is Caladesi Island located?

The beach’s signature features are its two piers: the historic Pier 60 and the Clearwater Marine Aquarium. Clearwater Beach is also home to various shops, restaurants, hotels, and entertainment venues.

The city is best known for its white-sand beaches, considered some of the finest in the world. In addition to its natural beauty, Clearwater Beach offers visitors a wide range of activities. From swimming and sunbathing to fishing and sailing, there is something for everyone at Clearwater Beach.

North Beach is the largest and most popular beach in the complex, with a wide range of activities available, including swimming, sunbathing, fishing, and kayaking. Caladesi Island Beach is a bit more secluded, offering a quiet place to relax or take a nature hike. 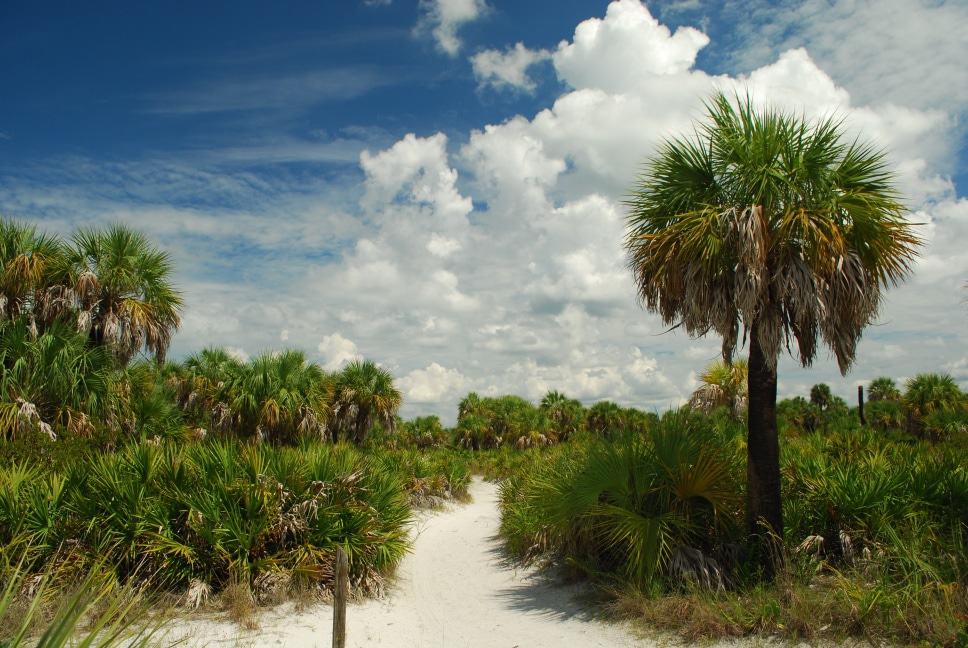 The island is home to various plants, animals, and bird species. The island’s natural habitats include mangrove forests, seagrass beds, and sandy beaches. These diverse habitats support many plant species, including several rare and endangered species. Caladesi Island is home to one of the few mangrove forests in Florida. Mangroves are a type of tree adapted to living in salt water.

The roots of the mangrove are submerged in the water, which helps filter out pollutants and provides a habitat for fish and other marine life. The mangrove forest also provides a buffer against storm surges and flooding. The trees help break up the waves’ energy, reducing the damage that storm surges can cause.

These trees provide essential habitat for fish, birds, and other wildlife. The seagrass beds on Caladesi Island are some of the most productive ecosystems in the world. They are home to over 60 different species of seagrasses, as well as many species of fish, shellfish, and crustaceans.

The island’s sandy beaches are also an essential habitat for plants. Beach morning glories, sea oats, and dune sunflowers grow on Caladesi Island. These plants help stabilize the dunes and provide food and shelter for wildlife. The plant life on Caladesi Island is an integral part of the island’s ecosystem.

The island is also home to various animals, including turtles, dolphins, and manatees. Visitors can often see these creatures in their natural habitat, making for an unforgettable experience. In addition to the abundant marine life, the island is also home to several species of birds, including ospreys and pelicans. Caladesi Island provides a unique opportunity to see various animal life in one place. 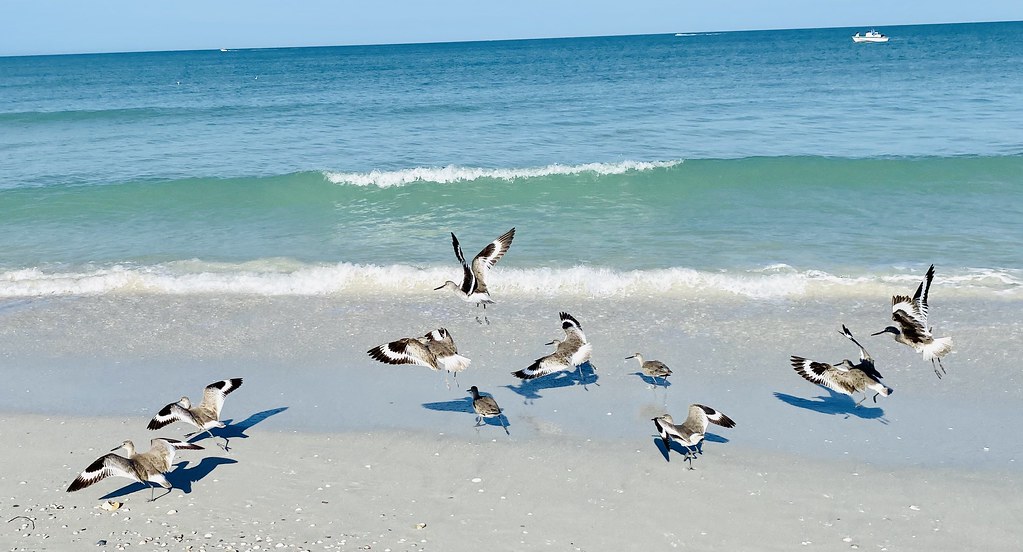 In addition to its natural beauty, Caladesi Island is also known for its past. Many people don’t know that the island has a long and fascinating history. The island was first inhabited by Native Americans, who called it the “Island of the White Flower.”

It was later claimed by Spain and remained under Spanish control until 1821 when it became part of the newly independent country of Mexico. In 1835, the island was captured by the US during the Mexican-American War and had been part of the US ever since. In 1921, Caladesi Island was used as a filming location for the movie “The Prince of Tides,” starring Douglas Fairbanks Jr. And Mary Pickford.

And in 2004, Hurricane Charley caused extensive damage to the island, but it has since been rebuilt and remains a popular tourist destination.

The island was once home to a community of Hermann’s tortoises, brought by a German businessman in the late 1800s. However, the population of tortoises dwindled over the years, and the last known Hermann’s tortoise died in the early 1900s. Despite this sad history, Caladesi Island remains a place of great beauty and historical significance. 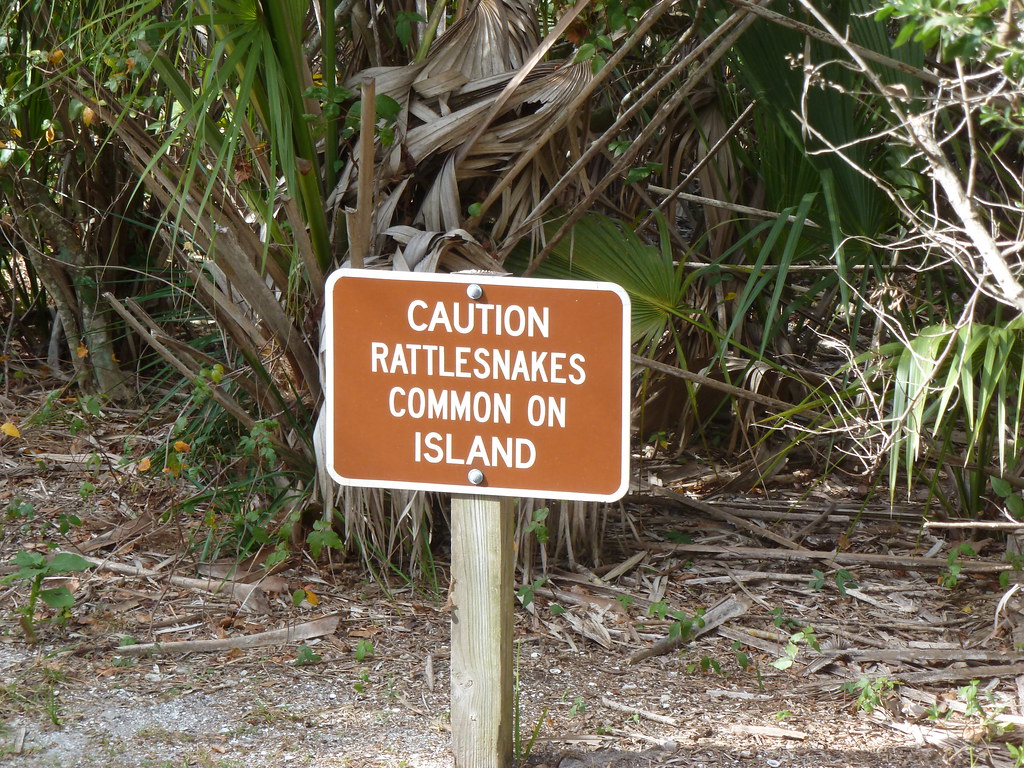 Things to do on Caladesi Island

If you’re looking for a fun and active way to spend the day, you can go kayaking, fishing, swimming, and hiking. Rent a kayak and paddle around the island’s mangrove forests or go for a swim in the sparkling waters of the Gulf of Mexico.

If fishing is more your speed, cast a line off one of the many docks or piers. And don’t forget to explore the island’s nature trails – it’s a great way to see some of Florida’s native plants and wildlife up close. The island is also a popular destination for picnicking.

Nature trails are always a great way to enjoy the natural surroundings without worrying about getting lost. The nature trail on Caladesi Island is no different. You can enjoy a leisurely hike through the island’s dense forests and mangroves, keeping an eye out for native wildlife. The trail also offers stunning views of the Gulf of Mexico, making it the perfect place to relax and soak up the sun. Whether you’re looking for a peaceful stroll or an adventurous hike, the nature trail on Caladesi Island is sure to please.

Swimming at Caladesi Island is a fantastic experience. The water is crystal clear, and the sand is white and powdery. There is also plenty of fish to see, making it a great place to snorkel. Swimming is one of the best ways to enjoy the island, with plenty of opportunities.

The beaches here are perfect for swim

ming, sunbathing and simply relaxing. There are also several sheltered areas where you can take a dip without worrying about waves or currents. And if you’re feeling adventurous, you can swim to one of the nearby islands. Caladesi Island is a true paradise for swimming enthusiasts. 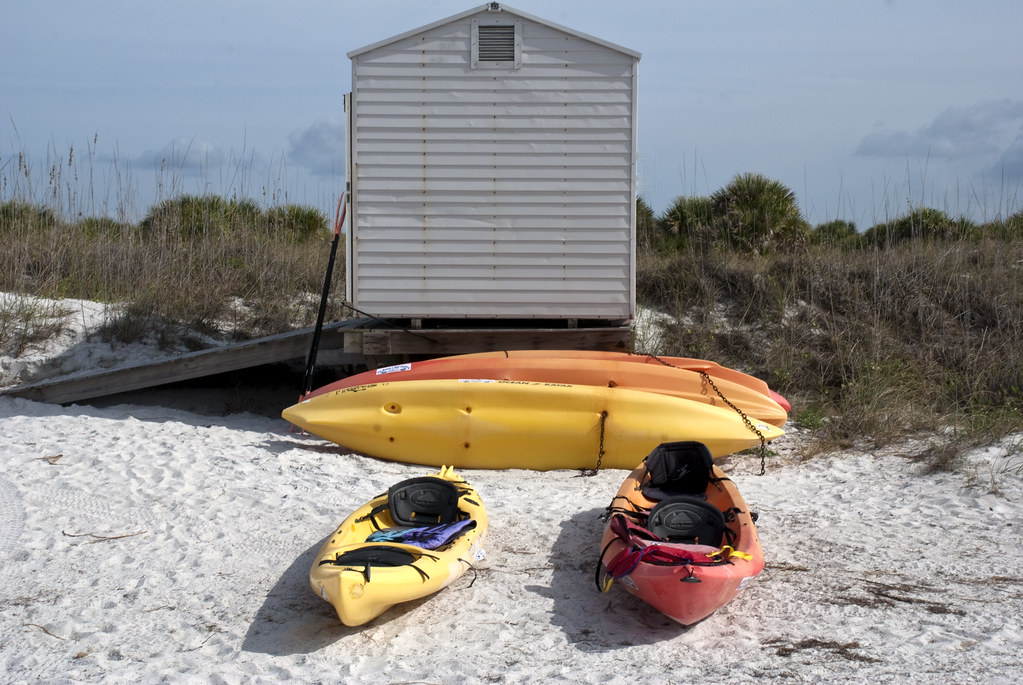 How to get to Caladesi Island?

There are only two ways to get to Caladesi Island: take the Caladesi Connection ferry from Honeymoon Island State Park or walk over from Clearwater Beach. The ferry runs every hour from 10 am to 3 pm. If you want to walk to the island, it is only possible to do so at low tide.

The best time to walk is 2 hours before low tide. It is about a 2-mile walk, but it is well worth it as the views are breathtaking. During low tide, you can walk across a narrow strip of land that connects the island to the mainland.

The walk takes about 20 minutes, and it’s a great way to see some of the wildlife that calls the island home. Watch for birds, turtles, and dolphins as you reach the secluded beach. Once you arrive, you’ll be able to relax and enjoy the breathtaking views. Just be sure to check the tide charts before you go, as you don’t want to be stranded on the island when the tide comes back in!

How much does it cost to visit Caladesi Island

Caladesi Island is a beautiful place to visit, but it can be expensive to get there. The ferry ride costs $24 per adult and $12 per child, and there is an additional parking charge. Once you’re on the island, plenty of activities keep you busy, but they also come with a cost.

For example, renting a kayak for an hour costs $8, and a beach umbrella rental is $5. However, there are a few things to keep in mind if you plan to visit the island. There are no restaurants or food outlets on the island, so if you’re planning a visit, you’ll need to bring your food and drinks.

A picnic lunch is a great option, and there are plenty of shady spots to enjoy it. Picnic tables are available, or you can enjoy a scenic lunch on the beach. Alternatively, you could bring some snacks and drinks to keep you going throughout the day. Either way, make sure you pack enough for everyone in your group – there’s nothing worse than being hungry on a beautiful island!

Other things to note about Caladesi Island including camping

There are no lifeguards are on duty, so take precautions when swimming. This means that it’s up to visitors to take responsibility for their safety. Be sure to swim only in areas where you feel comfortable and always supervise children closely. Remember to use common sense and caution.

All visitors must leave the island by sunset. There are a few reasons for this. First, the island is home to various wildlife, including birds, turtles, and dolphins. These animals are susceptible to noise and human activity and can easily be disturbed by campers. Second, the island is located in a hurricane zone. If a hurricane were to strike while people were camping on the island, it would be tough for them to evacuate in time.

The island is also subject to frequent storms and strong winds. These conditions can make camping unsafe and uncomfortable. For these reasons, it’s best to enjoy Caladesi Island during the day and camp elsewhere at night. With these things in mind, you can enjoy a wonderful day at Caladesi Island.

In conclusion, a vacation to Caladesi Island is the perfect way to relax and enjoy the natural beauty of Florida. The island is a true paradise with its stunning white-sand beaches, crystal clear waters, and lush vegetation.

Whether you’re interested in swimming, sunbathing, kayaking, or simply exploring the island, Caladesi has something for everyone. So if you’re looking for a place to get away from it all, add Caladesi Island to your list of potential destinations.

Florida Vacationers is the #1 place to find everything exciting to do in the Sunshine State from the incredible beaches to the beautiful springs, campgrounds and road trips - we are constantly on the lookout for hidden gems and secret spots! Bookmark this blog as your go to place for all things Florida related. We are so happy to have you as part of our Florida Vacationers community!